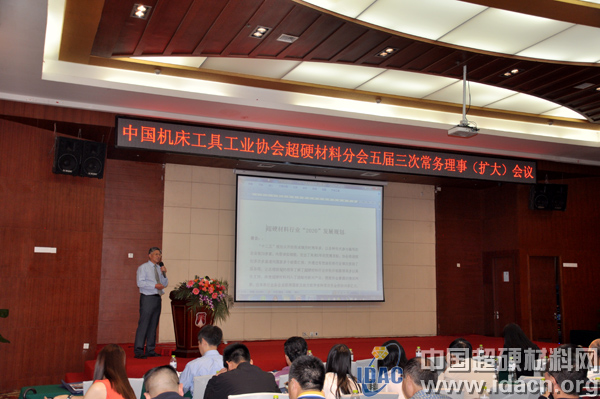 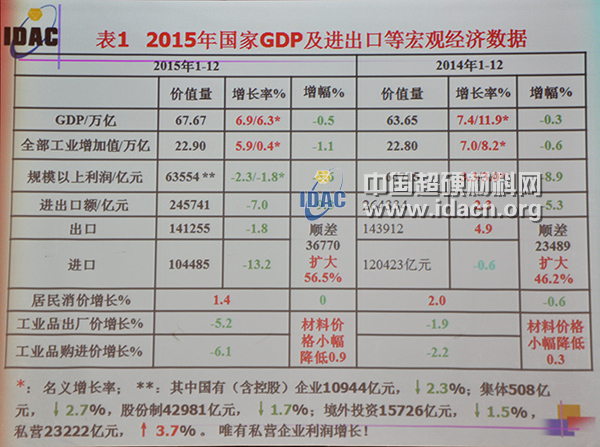 Macroeconomic data on national GDP and import and export in 2015 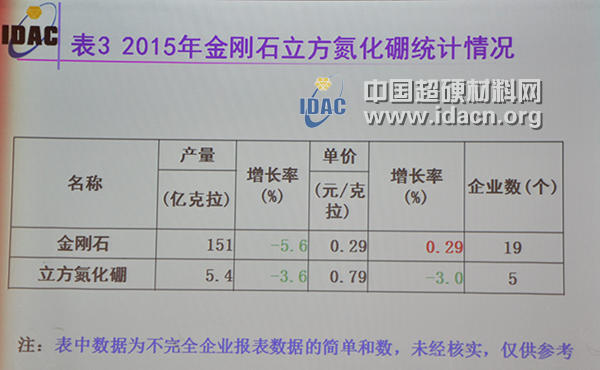 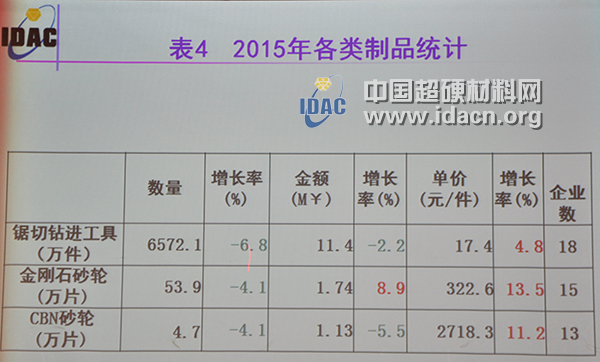 2015 various product statistics
The report pointed out that the country's macro-economy has entered a new normal state, and the growth rate continued to slow down in 2015. In particular, the profits and import and export of industrial enterprises above designated size have turned from a slowdown to a substantial decline. The central government has continuously introduced new policies to regulate the market and promote the service industry. Development, the pressure of transformation and upgrading in the manufacturing sector continues to increase, and the pain continues to increase. Development has been greatly affected. Under the influence of the big situation, the super-hard materials industry continues to ferment, the pressure continues to increase, the operation is increasingly difficult, and the nominal growth rate of major economic indicators continues to be lower than GDP. The output of major products fell across the board, the total profit was deep, and the production and production stoppage of SMEs continued to expand. Even some large enterprises were struggling. It was really cold and cold, and the situation was very worrying. However, some enterprises have not simply contracted to wait for the new spring, but have been brave in innovation and vivid attack, and still maintain rapid growth, and the situation is gratifying.
The industrial output value of the industry decreased by 7.6% year-on-year, 13.9 percentage points lower than the nominal GDP growth rate of 6.3%, and the industrial added value decreased by 10.7%, 11.1 percentage points lower than the nominal industrial growth of the country's total industrial added value of 0.4%. Total profit fell by 7.8%, which was 6 percentage points lower than the nominal increase of 1.8% in total profits of enterprises above designated size. After a strong rebound in exports in 2014, the export was reduced in depth. The total export value was US$1.02 billion, down 6.6%, 4.8 percentage points lower than the 1.8% decline in total national exports. The domestic and foreign trade of industrial products were inferior to the overall situation of the country. However, the unit price of domestic and foreign trade products mostly increased, indicating that the high-end product market was firm during the economic downturn, mainly due to the low-end products. Statistics show how important innovation and style upgrades are. 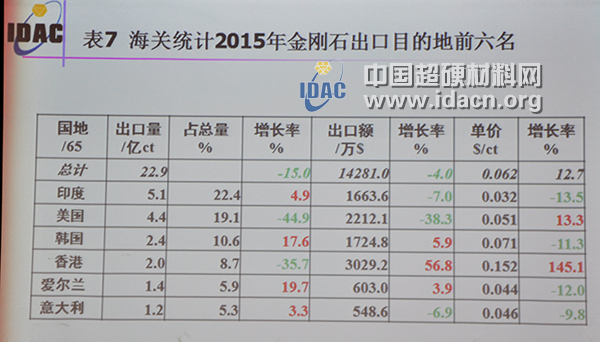 Customs Statistics Top 6 Diamond Export Destinations in 2015
In the import and export market, the report said: The statistics are divided into four categories: diamond, diamond grinding wheel, diamond circular saw blade, superhard material cutting tool, total export value of 1.20 billion US dollars, down 6.6%, lower than the total export value of the country. 1.8% more than 4.8 percentage points, indicating that industry exports are inferior to national exports, and the international market is sluggish. Due to the wide variety of super-hard material tools, the products with the same material number and different materials and the same material are exported under different commodity numbers, and the special number of super-hard materials is too small. The actual export situation is difficult to clarify. But it must be much bigger than $1 billion.
Among the four types of commodities, diamond saw blades accounted for half of the total (55%), 547 million US dollars, down 11.6%, which was the largest export commodity; the grinding wheel was the second largest, 167 million US dollars, accounting for 16.7%, up 25.7%; The third tool, 145 million, accounted for 14.5%, down 15.9%; diamond 143 million, 14.3%, down 4.0%.
In terms of export volume, except for the grinding wheel, which rose by 21.4%, the amplitude increased greatly, and the others all declined to varying degrees. From the unit price of export products, except for diamond circular saw blades, others have increased in varying degrees. The decline in exports indicates that the international economy is weak. The increase in unit price indicates that the medium and high-end products are less affected when the economic environment is not good. India has become the first destination country of China's first three categories of goods, the first to surpass the United States, showing that the Indian market is developing rapidly and has great potential.
From the perspective of the unit price of import and export, the unit price difference between the grinding wheel and the tool is more than 10 times, and there is no comparability in the product. Diamonds and saw blades with relatively small gaps are also about 3 times. This can also reflect the urgent need for transformation and upgrading, innovation and development tasks! The difficulty and distance of climbing the road. 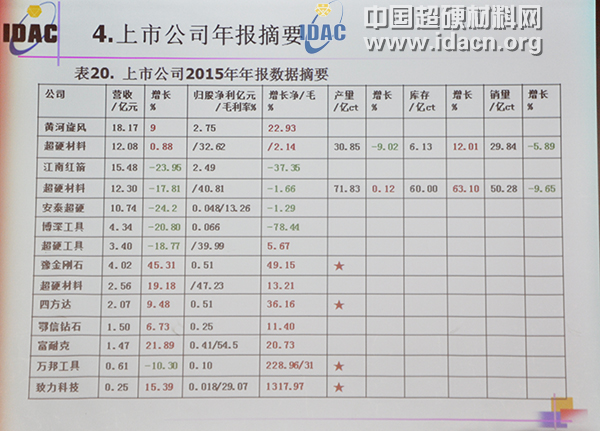 Listed company annual report summary
In the â€œAnnual Summary of Listed Companiesâ€, the report stated that: Some excellent enterprises in China's super-hard materials industry have not simply contracted to wait for the new spring, but have the courage to innovate and vividly attack, still maintaining rapid growth, and the situation is gratifying. .
The report concludes that the winter will be abused for a long time, and the spring will not be far away. Let us take the innovative weapon of China's superhard materials industry, establish the confidence to turn things around, accelerate the pace of transformation and upgrading, and greet with full enthusiasm and high morale. The upcoming sunny industry spring. (This news content is taken from the lecture report on "Economic Operation of Superhard Materials Industry in 2015". The detailed data content can be contacted by China Superhard Materials Association)

The Seal, also called [oil seal
", the function of the oil seal is to stop whatever fluid is inside from leaking out the clearance between the shaft and housing. The seal may also be used to prevent outside materials, such as dirt, from moving in through the clearance.
Nitrile oil seal is widely used in many applications, including that oil resistance is needed or which low temperature functionality is required. These include automotive, aircraft fuel systems, marine applications and more.
Benefits: Excellent abrasion and tear resistance, cost effective
Limitations: Nitrile is not good at resisting degradation by ozone or weather.